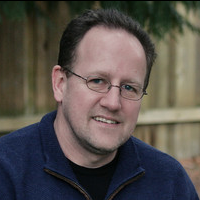 Hi my name is Mark Brown. I’m an engineer, an evangelist, a community cat-herder and marketing guy. The contents of this blog are my own.

I have been a professional developer since 1992. I am completely self-taught, (I went to school to study finance and hacky-sack). I wrote my first application using a beta version of Microsoft Access 1.0 while working in the accounting department for a golf resort in Scottsdale, AZ. I wrote the application to do my job for me. The experience was liberating and I realized that I enjoyed it so I shifted to software and began to devour every book on software engineering I could find. Pretty soon I was writing Enterprise Application Integration and Business Process Automation applications in VB as well as Java and C/C++ on both the Windows and Unix platforms.

By the mid-90’s I had moved to So-Cal and started doing web and built a variety of sites using ASP, JSP and PHP. Not many people remember but back in the mid-90’s Windows was the low cost way to build websites. Linux did not exist and Unix Servers were very expensive. I worked for a number of dot-com start-ups in the late 90’s pretty much working on stuff behind the “Purchase” button. Lots of message-based systems which were very well suited for e-commerce and scaled very well (they still do). I also branched out and did systems engineering building racks of servers for dot-com start-ups too. Sometimes these were in a closet with servers mounted on milk crates, stripped down with open cabinets with fans and portable AC units pointed at them. Some were a little more elegant.

I joined Microsoft in early 2000 and have been lucky to work on a number of really interesting things over the years. I built a number of applications on Microsoft’s first generation mobile device platforms, Merlin (Pocket PC) and Stinger (Smartphone). I also worked on building some applications on Microsoft’s first generation of Tablet PC’s. One of my favorite jobs was working on Microsoft’s online mapping platform Virtual Earth, now called Bing Maps. Maps is pure geek goodness. After that I went to work on Microsoft’s Web Platform Team. This is the team that did Silverlight but it also included the stuff I worked on: IIS, ASP.NET and things like the Web Application Gallery, Web PI and WebMatrix. As part of the role I also worked extensively on reaching out to the broader open source web community around the work we were doing to both open source our own web framework, ASP.NET as well as raise awareness for the open source contributions and work we were doing around PHP, Linux, JavaScript and overall how we were changing as a company to be more open to the open source community.

My last role (in my first tour of duty) at Microsoft was on Azure. On the Azure team I had two roles, Product Group Lead (Community Manager) and Product Marketing Manager (PMM) for Web App Services. As the Community Manager I was the cat-herder for the Azure MVP’s and Azure Insiders. I also worked to engage the broader developer communities around what Microsoft was doing with Azure at Microsoft. As a PMM I was the Marketing lead for things like Azure Websites and Azure Cache.

In late 2014 I decided I need a change of focus and left Microsoft to go build solutions on Azure for Microsoft’s customers. I worked as a partner with a small start-up called Solliance as a Cloud Architect. It was a big change being with a small company after so many years at Microsoft but I really LOVE working with customers and I really enjoyed spending all day as an engineer once again. I also earned recognition as an Azure MVP myself which is very special to me as well.

Well, now I’m back at Microsoft. I joined again at the end of February 2016. This time I am rejoining in the engineer ranks as a Principal Program Manager on the Azure Networking team. I’ll be focused on a number of things (it’s still early in my return as of this writing). For sure I am going to work to connect us to our customers so we can continue to build great products that our customers will love.

I don’t blog too much anymore but I do once in-a-while when I have something I want to share. When I’m not blogging you can usually find me ranting about something on Twitter at @markjbrown.